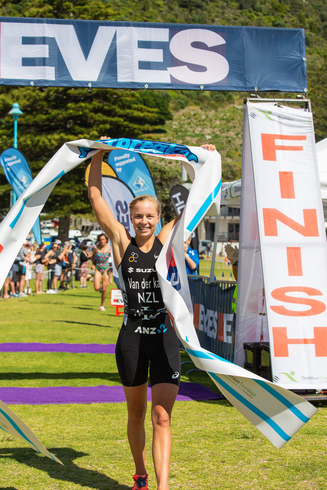 If you are looking for the Triathlon race that has it all, then the EVES Surfbreaker Triathlon at Mount Maunganui is the race. This Iconic race has been on the Calendar since 1985, making it one of NZ’s oldest races.

The EVES Surfbreaker Triathlon breaks from the tradition & has the swim leg at the Mount Main beach in the surf. Some great names of NZ Triathlon have won here over the years.

Get the chance to compete in the Sprint, Super-Sprint & Aquathon distance races before you settle down with a coffee & take in NZ”s best Elite athletes take on the 6 legged Triathlon. This will be the best Triathlon event you’ll see & compete in all year.