Standing in black and white and green and gold, all four kiwi and Aussie triathletes had one thing in common – the silver medals draped around their necks.

They had just raced the perfect mixed team relay at the Youth Olympic Games and they quickly dubbed themselves the ‘Kiwi-Roos’.

The two sides are rarely one team, but here in Buenos Aires, kiwis Dylan McCullough and Brea Roderick and Australians Josh Ferris and Charlotte Derbyshire stood proud together on the podium, after racing the relay event of their lives.

“We will always be connected, because of this,” Roderick said

“It just feels amazing and you feel so proud of everyone as a team.”

“They’re such a good group of people, I couldn’t be happier for all of us, it’s really special,” followed Ferris.

The Oceania combination were an outside chance for a medal in the morning – after their individual results from earlier in the week saw them ranked sixth in the line up.

The favourites, and eventually team gold medallists, Europe, were all already silver and bronze medallists, following the individual event earlier in the week.

“On paper they were a lot better than us,” McCullough admitted. “We put on our A-Game today and it paid off – silver, we’re stoked.”

Australian racer Derbyshire set the tone from the start, racing an incredible leg to put the team in a top five position, despite falling ill before competition.

“I definitely wasn’t feeling 100 percent coming into the race,” Derbyshire said. “I’m really happy with how I competed and how the team competed as well… I’m super stoked with it.”

Individual gold medallist McCullough took off on the second leg and made up a staggering 50 seconds, to put the ‘Kiwi-Roos’ in the lead.

“I was feeling a lot of pressure,” said Roderick, who raced third. “I didn’t want to let my team down, so I just gave it my all.”

Heading into the deciding leg, Ferris took off on the swim neck and neck with Europe for gold.

“I just went as hard as I could from the start, [the team] made a good lead and I’m just so stoked with a medal.” 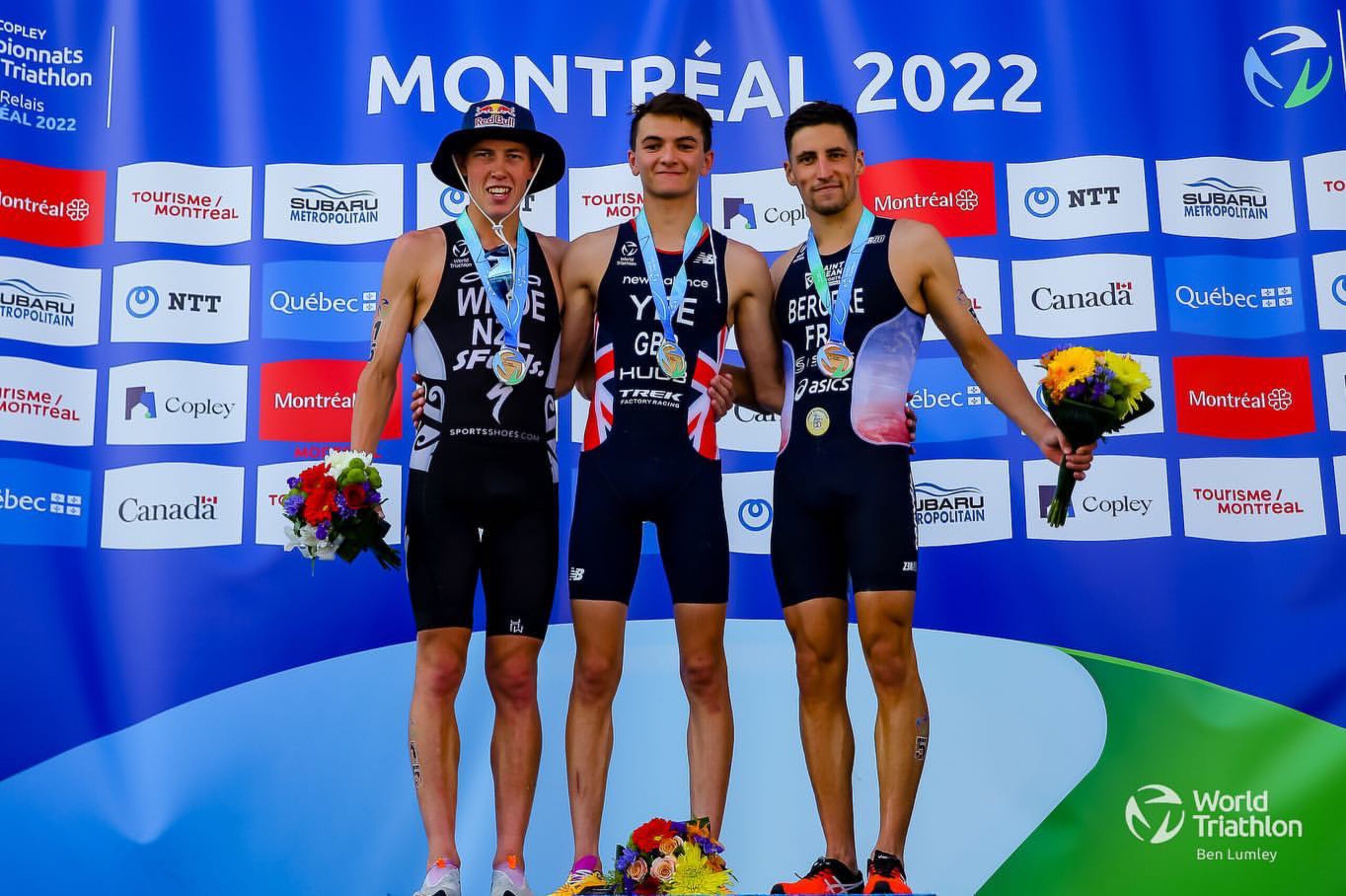 Sam Parry and Ivan Abele on the podium! 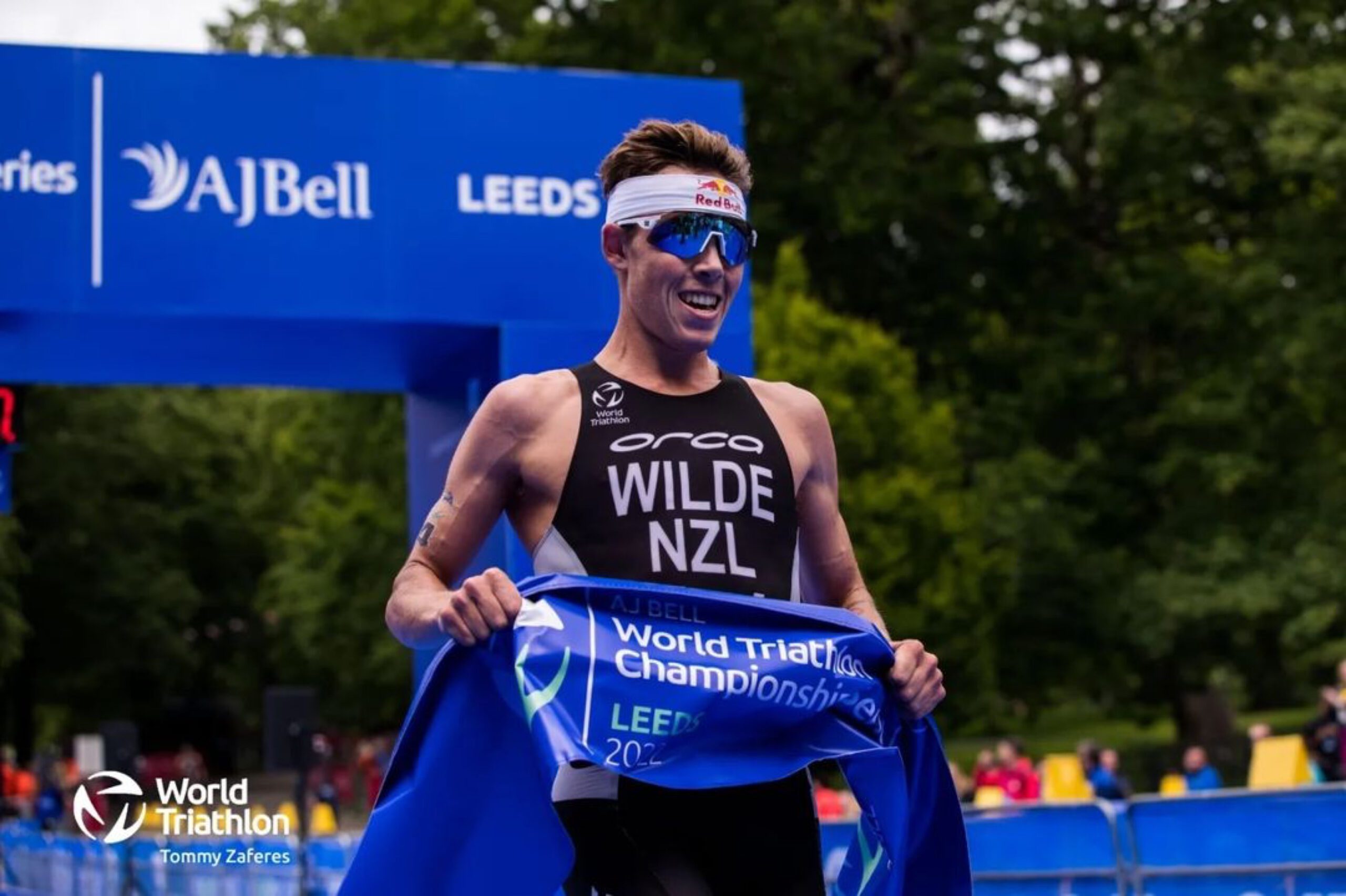 Hayden Wilde gets gold in Leeds!